Can We Believe What We See? 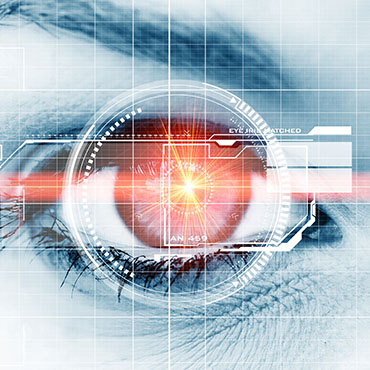 We can all be digitally owned by either government, businesses, or criminals in a very short timeframe. Your personal data is so important to your earthly being because it is a part of our systems defining identity. Maintaining some control of your digital self is critical to accessing what the nation has to offer. Every piece of it matters. Think about what happens when official government data is correlated with our life tendencies. Combine data obtained from apps illegally such as, where you visit often. Your existence can be coopted because the accumulation of this innocuous information with other data points makes others powerful in your life.

The question is, are the hackers as who hold this data more dangerous than the government or companies seeking some of the same types of control over our lives? Will we become the victims of a digital recreation that eventually projects itself as us?

“Deep fakes” are a great example of how you are already being recreated digitally. It is striking fear in technology experts and lawmakers. Already, there are legislative proposals, a law review article, national security commentaries, and dozens of opinion pieces claiming that this new deep fake technology — which uses artificial intelligence to produce realistic-looking simulated videos — will spell the end of truth in media representing a free press.

Deep fake is a great example of the capability people have at their disposal, and the direction society is heading towards very rapidly. If you are not familiar, deep fake is a human image synthesis technique. Essentially, a person can combine and superimpose existing images and videos onto source images or videos to make it look like another person is saying or doing something they didn’t say or do. The exploit uses a machine learning technique called a “generative adversarial network.” The combination of the existing and source videos creates new media as well as a problem that even has the Pentagon worried.

This cyber threat is yet another way democracy is currently threatened. It is just one of the hundreds of exploits potentially undermining our freedoms. The video acts as a visual authenticator for a lot of people. Deep fakes are powerful even though the video is inauthentic. This means the video has the potential to influence large numbers of people. This technology challenges a trusted press. Remember, the free press is a pillar of democracy, and as such deep fakes are a tool for eliminating democracy.

This tells us that we need to quickly implement methods of validating video and put integrity back into systems that we rely on for truth and justice. If we don’t maintain the integrity of at least one digital medium, you can believe the truth will most certainly be manipulated. Meaning, we could potentially eliminate a candidate from the election pool because of something they reportedly said. We might even agree to new government controls based on false information. The examples are endless.

There are several factors that may allow atrocities to occur in physical life as well as the digital world other than deep fake. The greatest one is a lack of awareness people have about their digital existence. Second is the out-of-date laws that are supposed to be a failsafe to protect those who can’t protect themselves.

We are already as silent politically on the mass theft of personal information as we are on mass shootings. We can’t seem to muster the appropriate level of outrage when we hear an organization like the credit bureau lost millions of personal records. So, what makes anyone think someone is going to start now plugging the digital meatgrinder that is consuming our lives. Where are the marches in the street, or national leaders demanding digital justice for the people?

Our identity used to be sacred to us, like our social security numbers and medical data. Now, even the failure of the U.S. Government to implement real and sound approaches to protect the 2018 elections, speaks volumes. Most people are tech confused. They don’t know where politics starts and ends and is caught up in the digital avalanche. People are overwhelmed by the tech opportunities, threats from the internet, and inaction by officials they expect to protect them. The political silence about the potential of collapse in “our way of life” tells people that it is okay to put their guard down. It is like the government telling them, “I got you.”

The question is do you believe you are in safe hands? It is a question you must ask yourself and decide if you are truly managing your digital risks.